Have you heard the saying “Oil and water don’t mix”? This is a proverb said of things with such different natures that they cannot be combined. It is however not totally true since oil and water can be mixed into an emulsion. In many different industries such as cosmetics, pharma, paints, coatings, household products and many more, professionals mix different oils and water to create the desired performance of a product. They overcome the hurdle of “mixing” oil and water by using emulsifiers, surfactants and stabilizers. So how can MFC contribute?

In this blog post, I will show you an example of why MFC can be considered as a stabilizer of emulsions.

What is an Emulsion

An emulsion is a mixture of two or more liquids that are usually immiscible together and where one liquid is dispersed as droplets (the dispersed phase) into the other liquid (the continuous phase). The most common emulsions are either Oil-in-Water (O/W) or Water-in-Oil (W/O) emulsions. More sophisticated systems such as Water-in-Oil-in-Water (W/O/W) and more exist as well.

The stability of all such systems is ensured by using emulsifiers, surfactants or stabilizers. These could be used all in one formulation as a combination or individually depending on the formulation ingredients and conditions that the emulsion has to overcome.

When no stabilizer, emulsifier or surfactant is used, or when an inadequate type is used, an emulsion undergoes creaming, sedimentation, flocculation, coalescence or even phase inversion. In all these cases, the emulsion is considered unstable since the dispersed phase is no longer homogeneously dispersed/distributed throughout the continuous phase. This changes the nature of the formulation and very often affects the product’s appearance as well as its performance.

It is therefore important to avoid such a problem. One way of doing so is by using MFC.

MFC as a stabilizer of emulsions

Microfibrillated cellulose (MFC) in its native form, is a three dimensional network of cellulose fibrils that can be suspended in water, in a water based formulation or a polar solvent based formulation. When correctly incorporated into the formulation, MFC results in extremely shear-thinning formulations with very high viscosity at rest. It is also a high yield stress material meaning that MFC is a very good stabilizer of particles, pigments as well as of droplets of a suspended liquid. All these performances and characteristics are due to the physical network of fibrils.

Due to its very high yield stress provided by the fibril network, MFC can be used as a stabilizer of emulsions. While an emulsifier’s main action is to reduce the interfacial tension between the immiscible liquids, the MFC as a stabilizer would form a physical barrier around the droplets of the dispersed phase. This will prevent that the dispersed droplets meet and coalesce, preventing instability and phase separation of the emulsion.

This is why MFC is considered a stabilizer but not an emulsifier. A schematic demonstration of how MFC network stabilizes dispersed oil droplets is shown in figure 1 below. When oil is mixed into a dispersed MFC network using high shear mixing such as Ultra-Turrax, the result consists of dispersed oil droplets within the 3D fiber network. Under optimized conditions of concentration and mixing speed, the fiber network holds these oil droplets physically in place avoiding destabilization of the emulsion. MFC is performing as a stabilizer in this case.

Figure 1: When oil is mixed into a dispersed MFC network using high shear mixing such as Ultra-Turrax, the result consist of dispersed oil droplets within the 3D fiber network. Under optimized conditions of concentration and mixing speed, the fiber network holds these oil droplets physically in place avoiding destabilization of the emulsion. MFC is performing as a stabilizer in this case.

As an example, MFC (Exilva by Borregaard) at a given concentration was dispersed in water and a simple Oil-in-Water emulsion was prepared at room temperature using Ultra-Turrax mixer at 10 000 rpm for 4 minutes. The emulsion consists of 80% aqueous phase (water and MFC) and 20% oil phase (paraffin oil). The concentration of MFC (the active fiber content) is varied from 0.1 wt% to 1 wt% of the total emulsion in order to demonstrate the effect of the network and MFC concentration on emulsion stabilization.

Figure 2 below shows how MFC can stabilize the oil droplets dispersed in water in a simple oil and water mixture. It is also clear that increasing the concentration of MFC in the emulsion improves the emulsion stability.

At concentrations above 0.4 wt% active fiber content of MFC, and for this simple oil and water mixture, the MFC 3D network is strong enough to hold the dispersed oil droplets in place and provide total emulsion stability without the need for an emulsifier. The dispersed oil droplets do not sediment or float, flocculate or coalesce and the emulsions are stable for more than 24 months at room temperature.

Figure 2: Oil-in-water emulsions with Water, MFC (Exilva, Borregaard) and paraffin oil. The concentration of MFC is between 0.1 wt % and 1 wt % active fiber content. MFC is dispersed into the water phase. The emulsion is made of 20% oil phase and 80% water phase. The mixing is carried out at room temperature using Ultra-Turrax mixer at 10 000 rpm for 4 minutes.

When used at the right concentration of active fiber content and incorporated in the right way, MFC can function as stabilizer in an emulsion. This can lead to the following formulation possibilities:

In general, in an ideal formulation, one can use MFC to thicken the formulation, make it sprayable with a non-dripping effect and at the same time stabilize the emulsion as well as keep particles and pigments homogeneously dispersed and suspended in the formulation.

How to determine if an emulsion is an O/W or a W/O emulsion?

Many ways exist to do so but the drop dilution test is very visual and quick. First add a drop of the unknown emulsion in a test tube then add water. Shake the tube. 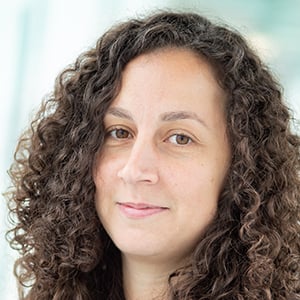