Introducing a totally new material or technology to the market can often be challenging. Most people tend to have their favorite products which they know and prefer to work with. The natural way of testing of a new material is to compare it with the current products and apply the existing working routines to the first test runs. In some cases this approach might work but unfortunately in many cases it leads to a failure.

Today we will discuss about the important things that you should keep in mind when taking the first steps into the world of microfibrillated cellulose (MFC) and tell you how to gain the full potential out of it.

Microfibrillated cellulose (MFC) is a totally new technology on the market and often needs adjustment, not only to the working procedures, but also to the way of thinking. MFC performs in many applications in a similar manner as water soluble polymers, although it's a solid. On the other hand it also shows some of the features of the solid additives like clays and fumed silica, making it a multifunctional hybrid product. This hybridity means that certain things must be taken into consideration when working with MFC. Let’s find out which are the most important ones.

1. Things are not always as they seem – The importance of proper dispersion

For MFC, the proper mixing is one of the key elements for success. Mixing with spoon might give you a nice looking paste, but in reality the performance will be still far away from the full potential. Take a look at how to disperse MFC in a proper way. A measurement with viscometer (e.g Brookfield) or rheometer is the best way to verify the level of dispersion. Keep also in mind, that you cannot overmix the product.

2. Effect of the surroundings

In many cases, the performance of rheological additives is evaluated by measuring the viscosity of a series of different concentrations in neat water. In the case of MFC, this will in many cases lead into false assumptions of the performance. The reason for this is quite simple. MFC forms a three-dimensional network of cellulose microfibrils when suspended in water. The microfibrils form flexible aggregates with high surface area that allows strong interactions with the other surrounding cellulose fibrils. Once the concentration of fibrils gets lower in pure water, the amount of contact points between these fibrils gradually decreases, leading eventually to the collapse of the 3D network. However, the situation changes prominently as soon as the formulation contains other components, such as surfactants or solvents. Especially compounds that are capable of interacting by hydrogen bonding, show strong synergy with MFC. The interaction between cellulose and other interacting components lead to a stronger network and thereby allowing the performance of low concentrations of MFC, even below 0.1 w% (active amount) in the actual formulation.

As already mentioned, MFC is a completely new technology on the market. This automatically requires some practice and revision of routines to get the full potential out of it, but at the same time it allows multiple new and exciting opportunities that have not been possible in the past. You should not only be limited to the rheological properties of MFC, but also look to the mechanical as well as film forming properties of MFC. Keep also in mind, that mixing of MFC is also possible into non-water based formulations, as long as there is enough polarity to support the 3D structure. 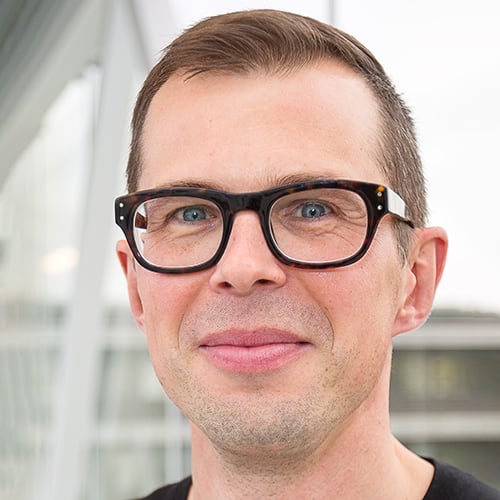