Bio-based is on everyone's lips these days, and there are a high number of initiatives going on in innovating new product systems with a bio-based background. In this post I will give you a sneak peak into the improvement of an organic solvent system, using a biobased addtive as an example. Cellulose fibrils is a green and environmentally friendly material that consists of a complex three dimensional network of cellulose microfibrils.

It is well known that cellulose fibrils , because of its high surface area and many available hydroxyl (OH) groups, has a high affinity for water. This result in a material with very high water holding capacity that forms strong gels in water at low concentrations. Since cellulose fibrils is so fond of water, it might be easy to think that the material would not perform well if it was dispersed in other solvent systems. However, this is far from the truth!

A bio-based material in polar organic solvents: a good match?

One of the most visible mega trends is the move towards a more sustainable consumption pattern. This is putting pressure on the product systems to become more environmentally friendly, which subsequently may force you to re-think the additives, main building blocks and other parts of your formulation. We have previously written about these changes and how you can develop VOC-free formulations, and how waterborne systems are taking over. In addition, the use organic solvents (including greener as well as polar ones) seems to be increasing. Could there be a good match? 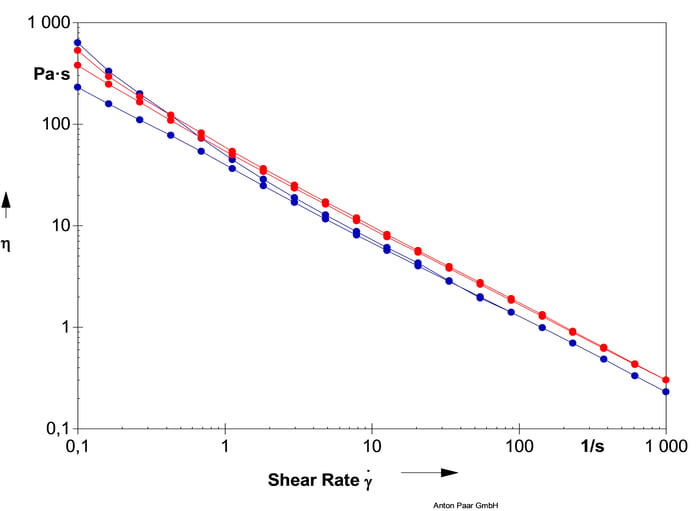 The fact that cellulose fibrils also can be dispersed in other solvents than water broadens the scope of the type of formulations and applications in which cellulose fibrils can be useful, like for example in agricultural chemicals, cosmetics, catalysis, lubricants and de-icing fluids.

This can also be useful if you need to incorporate cellulose fibrils into solvent systems containing very little water. Cellulose fibrils is often delivered as a paste or dispersion in water. However, because cellulose fibrils also can be dispersed in other solvents like alcohols, it is possible to perform a solvent exchange from water to the alcohol and thereby ease dispersion and increase the compatibility with the solvent based system.

The picture below shows the flow curves of an acrylic resin with and without cellulose fibrils. The addition of cellulose fibrils to such a system increases the viscosity and the shear thinning of the resin. This can lead to a more stable formulation easier to handle and apply. Such acrylic, epoxy and urethane based resins are used in many different applications like coatings, inks and adhesives. 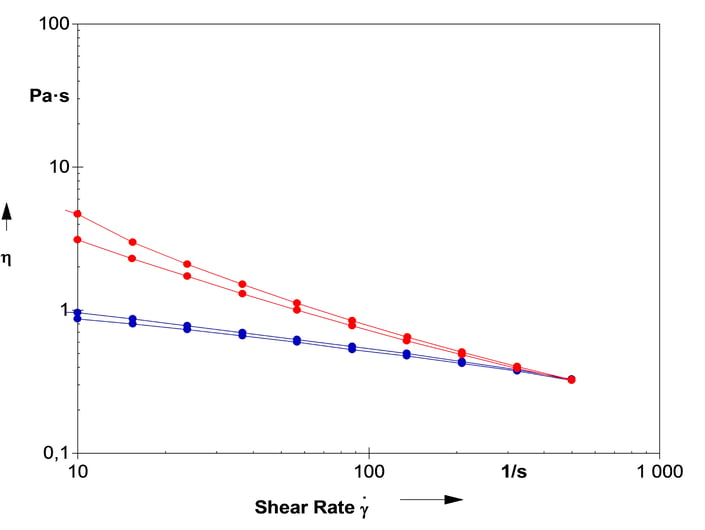 So don’t be fooled by the fibrils high affinity for water, the complex network of microfibrils can also interact with other polar molecules and is compatible with many polar organic solvents and resins. This broadens the scope of what type of applications it can be used for and shows that cellulose fibrils is a very versatile additive.

Editor's note: This post was originally published in May 2016 and written by Marianne Rosenberg Read. We've revamped and updated it for accuracy and comprehensiveness.