Montmorillonite (Bentonite) clay and cellulose fibrils has a lot in common since they both can be used as a rheology modifier in different industries. However, there are also clear distinct differences. I aim to show you how I reflect on these two product technologies, and how you can look for synergies and new innovations when using cellulose fibrils and clay. I will first review the non-soluble nature which is common for these materials and then show how this is reflected in the rheology and stability properties of each. I will also focus my discussion on the bentonite branch of montmorillonite clays due to its similarities with the cellulose fibrils

Cellulose fibrils, as we have described in this blog earlier, non-soluble particles, giving you highly stable properties over a wide variety of characteristics like pH stability, temperature stability and strength. There are products on the market today that can show a lot of the same functionalities and technical performance: bentonite clays. Bentonite is described as a “house-of-card-structure”, giving fairly robust thickening effects. 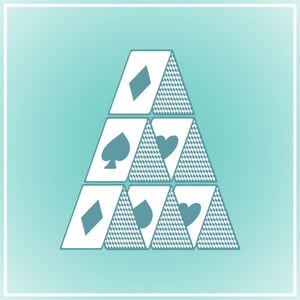 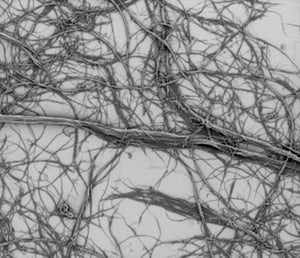 Figure 1: The house of card structure of bentonite clay (top image),
and the fibrils of cellulose fibrils (bottom image).

This house of card structure gives a flexible three dimensional network that can be broken down and re-built several times, thus giving a shear thinning capability as well as little thixotropy to a formulation with bentonite. The high absorption capability of the bentonite is due to its surface covered by a high number of OH groups. These OH groups give bentonite clay its swelling characteristics as well as water binding capabilities.

So how does this sound similar? Let’s start with the OH groups. Typical cellulose fibers are not able to compete with the bentonite clays, but the cellulose fibrils are showing exactly the same type of gel-like properties at lower shear ranges, and incredible shear thinning at high shear areas. The method for getting access to the fibrils of the cellulose is to delaminate the fibers, gaining access to higher surface area and higher amount of OH groups. Thus, the water binding ability of the cellulose fibrils can suddenly match that of the bentonite clay. The fibrils structure themselves in a three dimensional network in the product systems and form gel-like or viscous suspensions with pseudoplastic properties.

Differences in practice: Strength of the network structure, charge and product form

A third clear difference between these two products is that bentonite clays come normally as powders whereas cellulose fibrils are sold as water suspensions. This might give bentonite clays an advantage, making them suitable for different type of processing setups.

To sum up, we see that the two materials are both quite similar and different at the same time. To make things easier for you, I have tried to sum up these similarities and differences in a table below: